Castle Leod is rich in history and tradition, ‘dulchas’ is the Gaelic word for this sense of heritage. 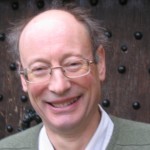 The Mackenzies, a powerful clan of Celtic stock, were not among the clans that originated from Norman ancestry.

Descendants of the long defunct royal Cenél Loairn of Dál Riata, they are believed to be related to Clan Matheson and Clan Anrias. All three descend from the 12th century Gill’Eòin of the Aird. Based initially in Kintail, the clan was recorded at Eilean Donan on Loch Duich, a stronghold with which it was for many centuries associated.

‘We shine not burn’ is the clan motto.

As the seat of an ancient Scottish clan, Castle Leod is the focus of the bonds that span the world and for many people it is part of their identity and gives a sense of family and belonging.

Clan membership is open to anyone who is interested, find out more from the Clan Mackenzie Websites (link to all)

SexoAbudhabi.com- they are the right choice for you if you look forward independent women.