George Mackenzie, the 1st Earl of Cromartie was a particularly clever man and wily politician. His enemies called him ‘The Eel’ and some of his schemes ‘maggoty’. Despite his tortuous career, he served under four reigns faithfully and was undoubtedly the senior politician of Scotland being responsible both as Lord Advocate and Secretary of State for much of the governance of the country. Whilst living at Hollyrood Palace he was responsible for its modernisation and oversaw the building work. His influence with the various monarchs was vital to the peace and welfare of Scotland and though involved in the Lauderdale plot and other ‘maggoty’ schemes he invariably bounced back into favour, outliving his enemies. His second marriage was to a much younger woman, Margaret, The Countess of Wemyss who apparently ‘made him young again’, as several contemporary and saucy rhymes indicated.

He lived to be 84, was well over 6ft, spoke at least six languages, amusing and had a rather wonderful Sister in Law, Anne, Buccleuch and Cornwallis, Duchess of Monmouth( A,B,C). One of her claims to fame was to emerge naked out of a (presumably large) soup tureen on Charles 11 dining table. ’ABC’

He is buried on the crest of the former Viking Moot Hill in Dingwall under a tower and gave the surrounding land, now a car park, to the people of Dingwall. When car parking charges were about to be imposed the Council were reminded that the ground was for the benefit of the Parish and the charges were never implemented. 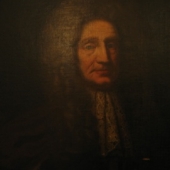 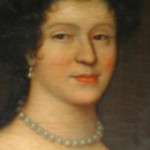