Sibell Mackenzie, The Countess of Cromartie,(1878-1962), was a president of the Spiritualist Society of Great Britain and romantic novelist, she was a famous society beauty of her day.

Lady Cromartie travelled widely in the Middle East and claimed to have a Phoenician spirit guide.

Her novels include ‘Heremon the Beautiful’, ‘Temple of the Winds’ and ‘From a Dark Place’ and although out of print are still sought after. 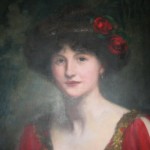 Sibell had a fascinating sister, Constance Mackenzie,(1881-1932) Lady Richardson, who was a superb dancer and sportswoman. She was a friend of Isadora Duncan and danced, barefoot (considered scandalous), in front of  King George VII . One day she performed the ‘Dance of the Seven Veils’, as Salome, but instead of asking for the head of John the Baptist, she asked for the head of the King’s Finance Minister!

This did not go down at all well and she was banished from Court! 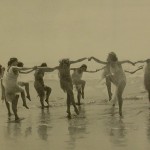